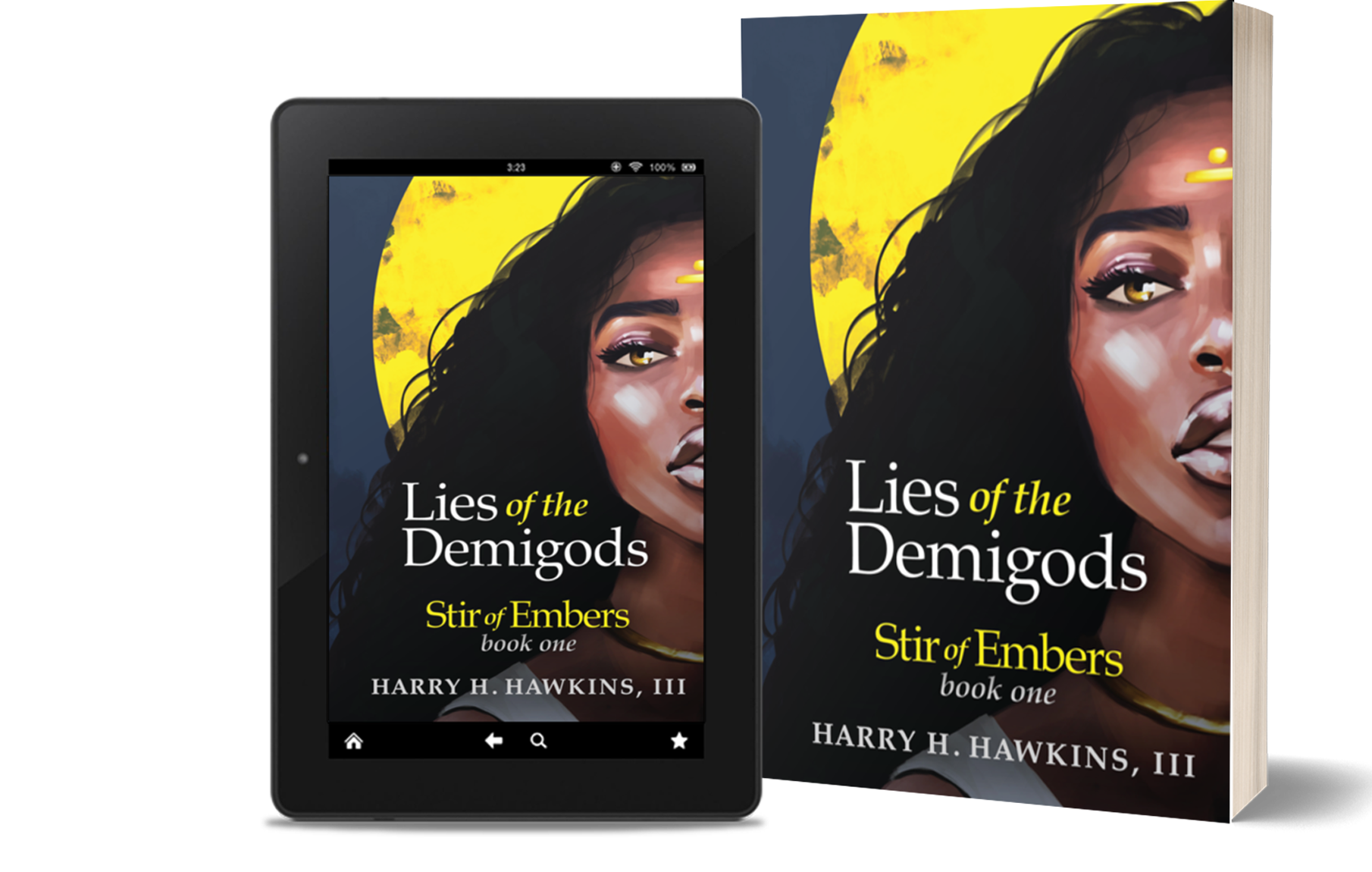 Zia must make an impossible choice:

Defend humanity or give in to passion. The human she protects is a target; her former love, Vaden, a Dark Demigod, the assassin. While the world marches toward war, Zia’s rekindled feelings for Vaden are stoked by his offer of union. Vaden’s thirst for Zia’s touch is only matched by his desire for bloodshed. Now the world and humanity hang in the balance. Will Zia’s devotion to duty deliver her? Or will her love doom an entire world?

Life and death are in the hands of the creator. The passing of judgment resides with the wielder of compassion.

-Ancient of Days, Decree of the Divine, Second Scroll

For the first time in his long life, Nadir lacked control. The world under his protection as its guardian spirit resisted his efforts to force his will upon it. His emotions suffered the same fate. Spirits, known commonly as Anakim, hailed him as a champion, or an enemy to avoid. After countless battles, none of which ended in defeat, he’d earned the moniker Everspark, but despite a lifetime of victories, Nadir felt unprepared for the fear he faced now. Not for himself but for those he guarded, the Gammadim, beings possessing flesh and spirit, mankind.

Nadir’s sand colored skin and dark eyes glowed in the moonlight. His broad shoulders carried well the weight of responsibility that came with the rank of Principality.

Now, two of his warriors floated up to meet him in the sky, passing through a cloud of dust-like lights, the remnants of enemies slain. “Is everything secure on the base below?”

The two nodded in unison.

“Then we must hurry,” Nadir said as he raced toward the chain of islands off the coast. The trio headed to the palace of Regent Gethin, their linen garments whipping through the air. The battle just won was merely a distraction; the real threat lay to the east.

The three spirits flew over the Drorian ocean cutting through any enemies that dared challenge their quest with ease. When they arrived at the palace, they shot through the outer walls like arrows slicing air, only to come across a grisly scene. They’d arrived too late. Vaden, a commander of the rebellious spirits, the Fallen, and Nadir’s nemesis for the past two decades, was smiling as he twisted a black spirit weapon in the flesh of the Regent. The sword slid out of the Regent’s body as his enemy reabsorbed it into his hand.

Two elite guards, posted inside the room, well trained and equipped with the best technology, were fixed in a trancelike state by a pair of Fallen Anakim. Nadir’s body began to glow, a dim light pulsating, visible beneath his linen slacks and sleeveless shirt. The brilliance from his soul ember gathered at his chest, then flowed down his right arm to burst into a stream of light, which, as it dimmed, took the shape of a broadsword. The golden hilt and ethereal silver of the blade hissed as he swung it in a wide arc, slicing the two Fallen in half, their bodies erupting into a shower of tiny lights.

Nadir walked over to the nearest guard, spirit-spoke a suggestion, implanting a thought in the guard’s mind, then turned his attention to his enemy. The man sprung to action calling for help with his communication device on his wrist. Guards poured into the room, unable to see that a battle of spirits was taking place all around them.

A brand glowed on Nadir’s forehead: three dots over a bar, signaling his rank. His dark eyes scanned the room; full brows furrowed. He counted several Fallen Anakim accompanying Vaden. Most of the smaller spirits scattered as soon as he landed, but the stronger ones lingered. Vaden stepped back, allowing the body of Regent Gethin to slip down in the chair. Nadir eyed the Regent’s evening meal, which lay uneaten on his dark brown, brunnutwood desk. The prophet had foiled the attempt to poison the Regent, then.

“You shouldn’t have involved the Prophet. The Regent’s death would have been painless if only he’d ingested the poison.” Vaden shrugged.

“You have nipped at my heels for twenty years,” Nadir said as he lunged towards Vaden. “Hiding in the shadows, harassing my efforts, ignoring the Decree of the Divine! Now, at last, you come out of hiding, and you have the audacity to lower your weapon?”

Vaden formed his sword just in time to parry the blow, jumping back to avoid a counterstrike that landed nearly as soon as the first missed.

“Do you like my chosen form?” Vaden asked as he parried another blow from Nadir.

Nadir studied Vaden’s face as he swung mercilessly. The long black hair was the same. It framed a pale face; the deep-set eyes were black with red pupils. The red spirit brand, one dot over one bar glowed. Familiar, but Nadir couldn’t place the connection. He grabbed one of Vaden’s captains, ran him through with his sword and continued advancing towards his enemy.

“This is the face of your greatest defeat,” Vaden said. His white robe swished, the matching leather squeaked, as he dodged another attack from Nadir. “I’m wearing the face of the leader that was responsible for the massacre twenty years ago in the forest.” Vaden touched the third skull attached to his shoulder harness, the red jewels in the sockets twinkling with swirls of energy.

Nadir cut through another comrade of Vaden’s who was daring enough to try and assist. “Do you think a spirit of the Lights Class will last long against a Principality?” Broad shoulders and thick muscles danced as he attacked.

“I don’t have to win, just last long enough,” Vaden said, bracing for another swipe. “Like I said, you shouldn’t have involved the Prophet in my affairs. Perhaps tomorrow, I will wear the Prophet’s face. His skull will look impressive next to his father’s!”

Nadir stopped in mid swing. His sword began to glow then transformed into a horn. He brought it to his lips, sounded out three short bursts followed by a long note.

“I have overstayed my welcome,” Vaden said as he reabsorbed his sword, and recalled the energy of his soul ember. He darted upwards with what remained of his captains. As he passed through the ceiling, two Anakim landed next to Nadir.

“Shall we give chase?”

“No,” Nadir said. “I have to go to the prophet, make sure he is alive.” Nadir placed his hand on the Regent’s desk. “Mingle your energy with the Regent’s. Keep his spirit from separating from his body until he receives proper medical attention”. The spirit moved and began spirit-speaking to Gethin. Turning to the other spirit Nadir continued issuing orders. “Gather the others then head back to Malak.”

Nadir shot into the sky, passing through the large window overlooking the sea. He headed for the last prophet of the Ancient of Days, who traveled alone, with a sole Anakim protector. 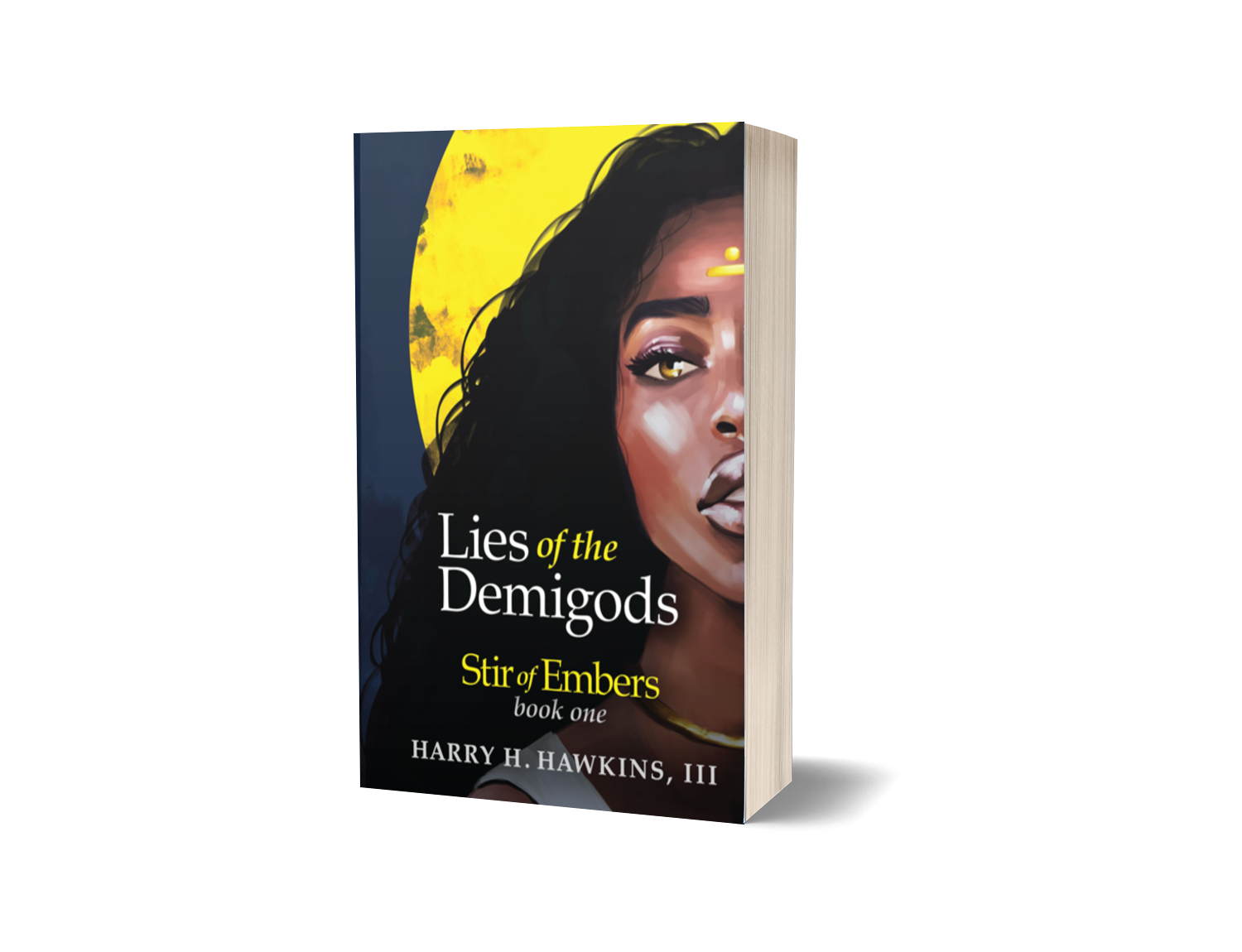